Written by Mary_Kate Fish
Updated over a week ago

Direct Replies allows you to respond to a message you received from one of your subscribers.

When you send a mass message, and a subscriber responds, you'll now not only see the response, but by clicking on the grey arrow, you'll be able to respond back with a Direct Reply that comes from your short code. See below. 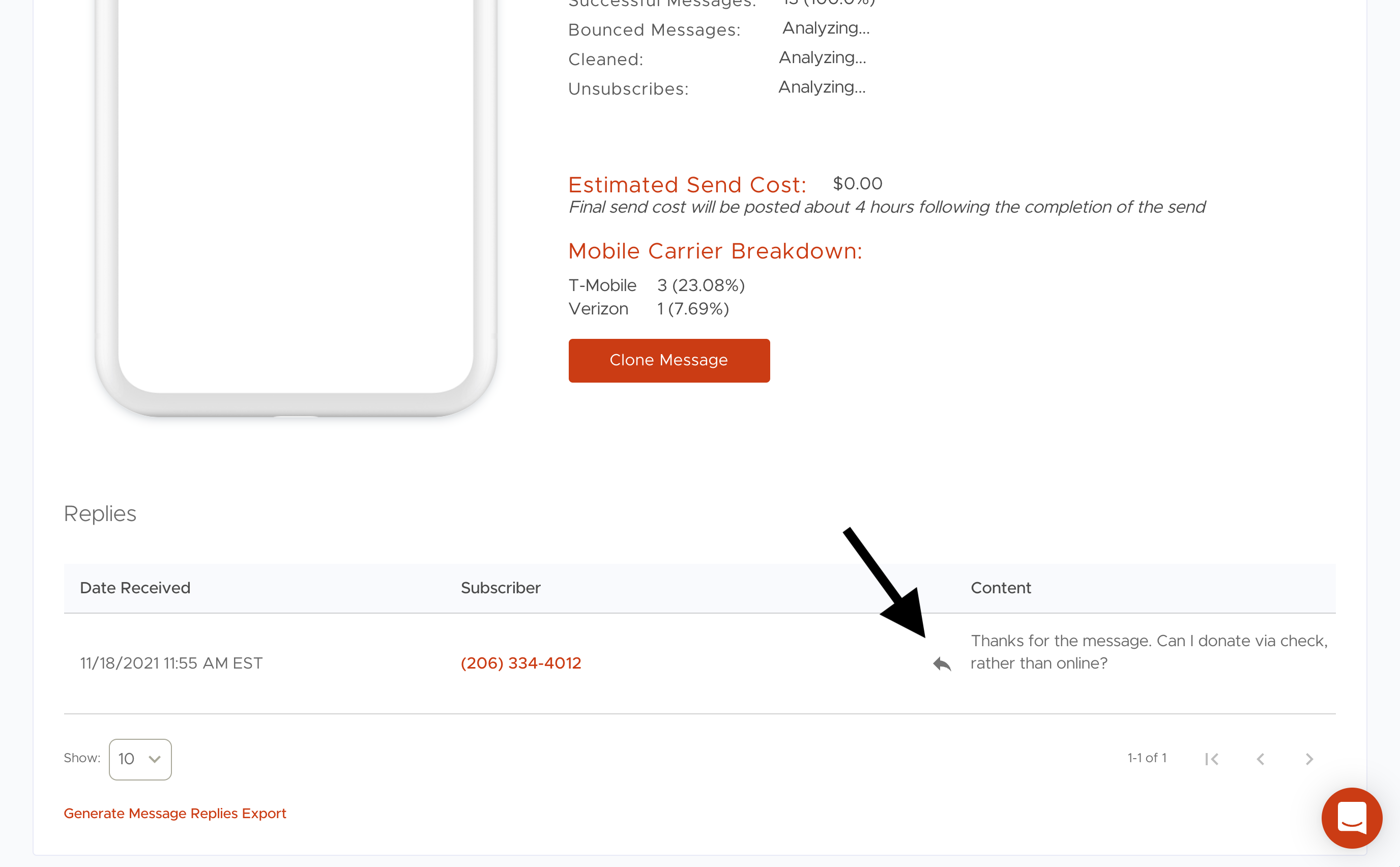 When you click on the arrow, you'll see a pop-up, that shows you the subscriber response (and time received), and the ability to respond to that subscriber with a Direct Reply. See below. 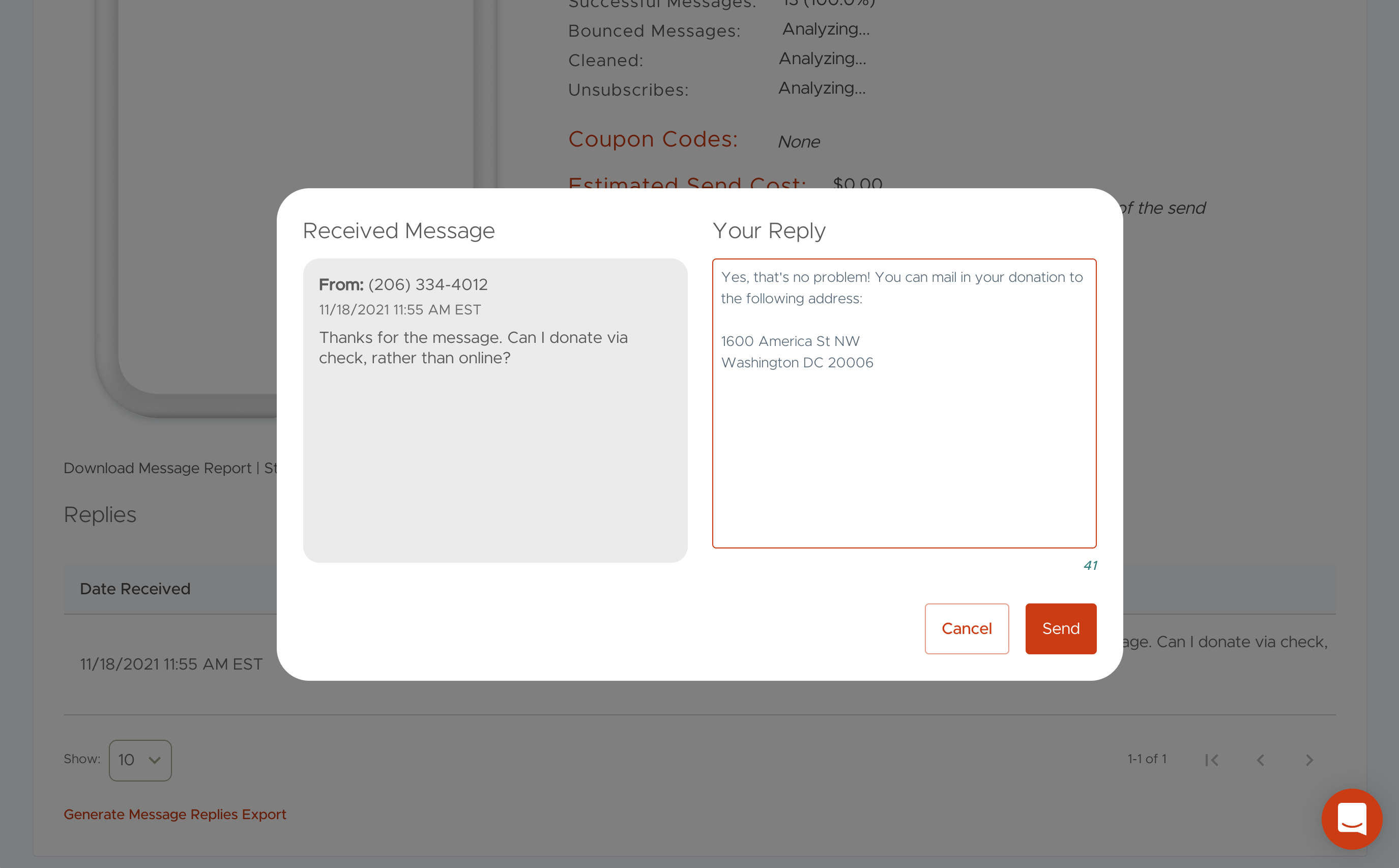 After you send the message, your Direct Reply will show up below their initial response, as you can see below. 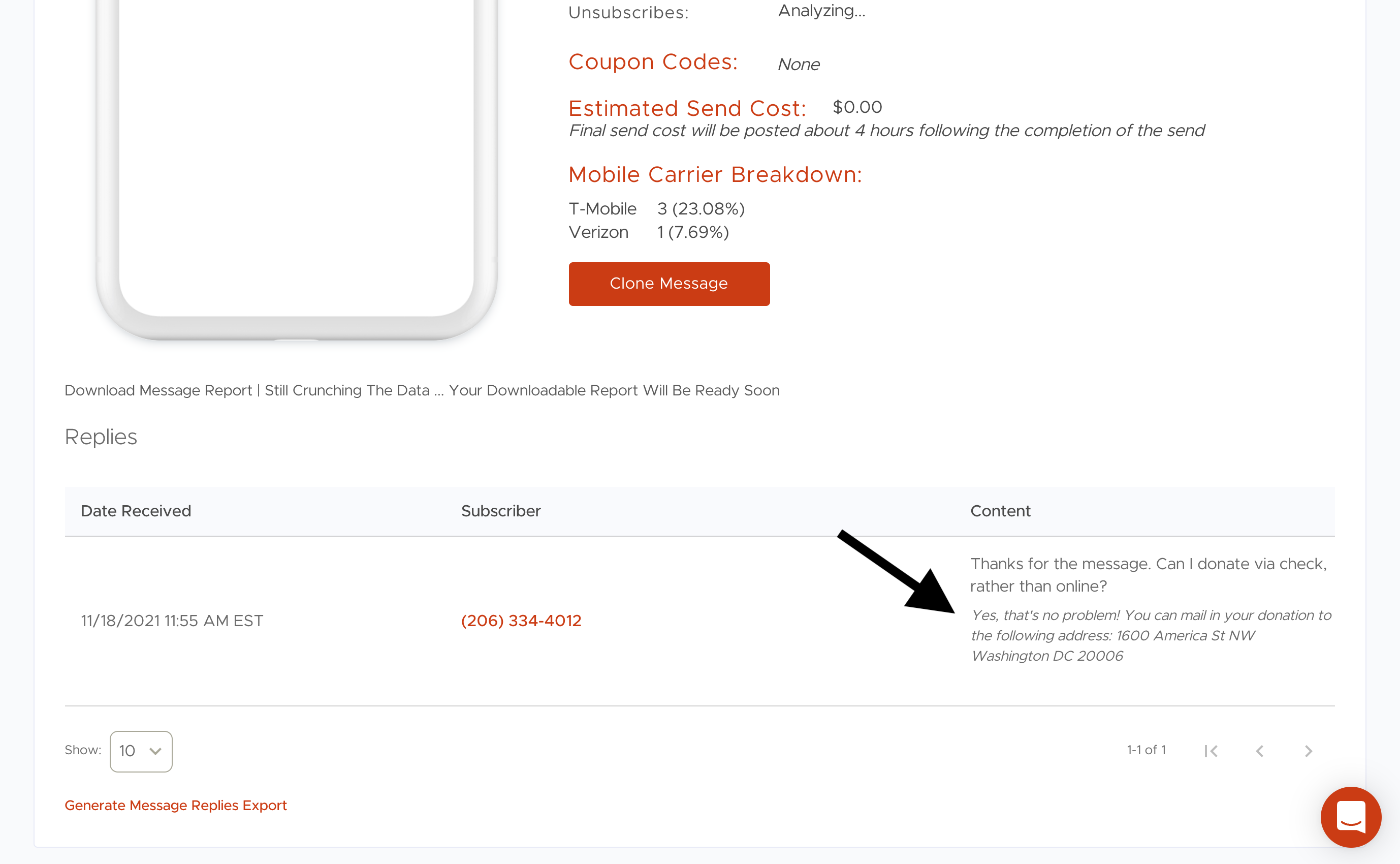 On the subscribers phone, this is how the above interaction would look.

What's the maximum amount of characters allowed in a Direct Response?

Where can I edit the auto-response immediately sent after a response?

You can edit this message under Settings > System Responses. This specific message is called the REPLY Response.

What happens if a subscriber responds to my response?

When a subscriber responds to a Direct Response message, that response will be put at the top of all your replies, and you'll be able to respond to that message, just like you did the initial response.