All Collections
Miscellaneous
What languages does Tatango support?

What languages does Tatango support?

Written by Mary_Kate Fish
Updated over a week ago

Only alphanumeric characters (letters and numbers) are accepted within the 160 characters of a text message, which means Tatango can support some languages, and some characters that are part of certain languages. To be sure we can support the language you're looking to run your list in, check out the table below of all the approved characters. 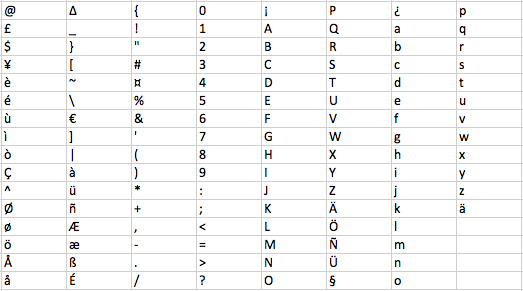