Written by Jesse Logister
Updated over a week ago

In addition to either an image or video, you're required to include a subject line for the message, which can be up to 40 characters. The subject line will appear on all modern smartphones and feature phones. On iPhones it is bold and above the content. On android it is also above the content but in brackets <Subject: >

You're also able to include up to 500 characters of text in the message.

SMS Fallback Information: Some phones aren't able to receive MMS messages, so in those cases, Tatango will send an SMS message to those phones, with a link to the image or video that they can access via their phone on the mobile web. This link is auto-generated, and reduced the amount of characters for the SMS fallback message from 160 characters to 120 characters. 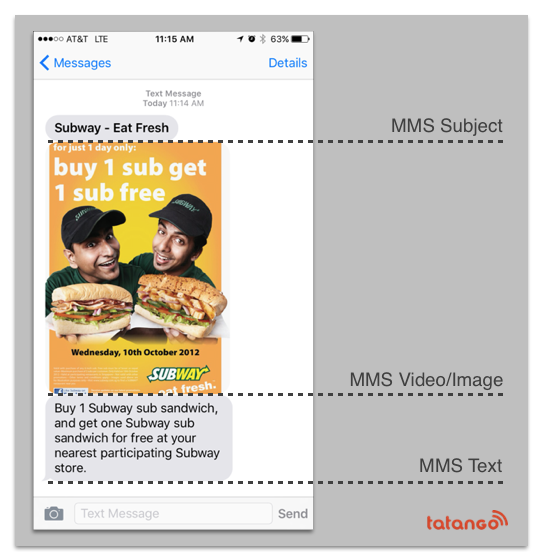 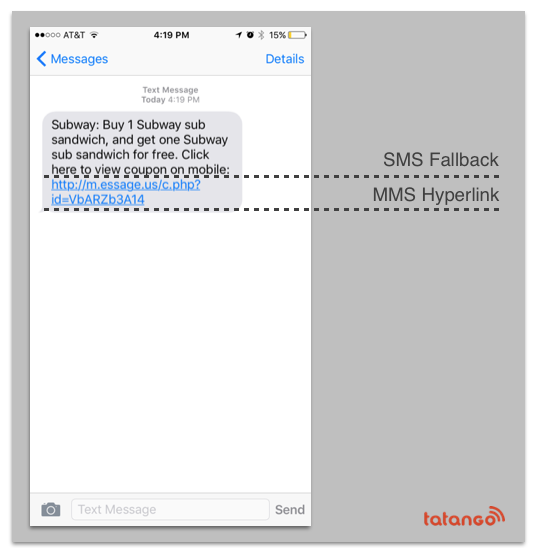 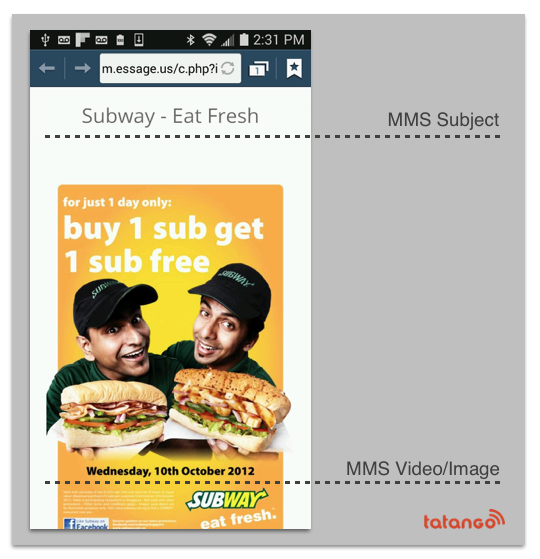